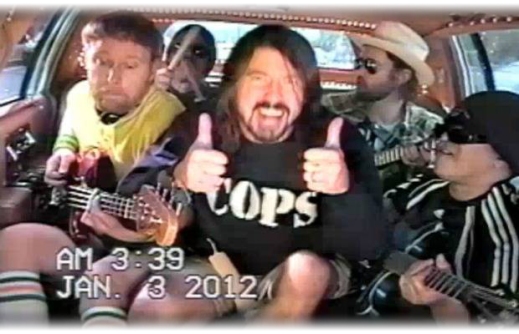 I woke up this morning and started writing something totally different.  I was going to profess my love for a fast food chain.  I was going to tell you about the first time I had Taco Bell.

But I signed into Facebook and at the top of my feed (well played, Facebook) I read a letter from Foo Fighters’ lead man and rock star Dave Grohl.

To preface this, music is a big part of my life and The Foo Fighters have been my favorite band since their first album.  I’ve grown up with them.  The Colour & The Shape got me through a crush in middle school, In Your Honour chronicles my summer driving up and down the New England coast at speeds my parents would disown me for, I could go on and on.

Dave Grohl’s written over 100 songs, recorded over 7 albums and has played his music in some of the biggest venues in the world.  Though, you can’t really quantify the emotional effect his music has on the lives of his fans.  It truly is infinite.

This isn’t me saying goodbye to Dave Grohl and The Foo Fighters.  I know they’ll be back writing and playing again.  They still have to put out a box set, make another movie, put out another greatest hits record, finish taking over the world and open their own Foo Fighters fast food chain.