My Top 10 Favorite Games of All Time

Sonic The Hedgehog 2 was the first game I can say, I truly felt mastered in.  Not only did I beat every level (and had an effing blast doing so), I LOVED getting super sonic and debugging throughout the levels.  I still remember all the sound effect/music sequences for the cheat codes (19, 65, 9, 17 and 1, 9, 9, 2, 1, 1, 2, 4).   The feeling I’d get when I met evil, metal sonic and transformed into Super Sonic was something I’d never felt from a video game before.

EA had some incredible games for the Genesis.  General Chaos took serious advantage of a peripheral that EA made– the 4-Way Play which let four people play simultaneously.  For my friends and I, this was our first Goldeneye.  We’d race home after school every day to play this game and fought over who got to play next. 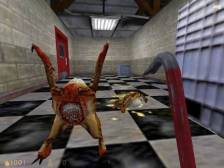 Half-Life was my first modern venture into the first person shooter genre as we know it now- a game where blindly killing everything on-screen wasn’t always the objective.  There were puzzles, story and mystery surrounding you.  The intro movie on the rail car is up there with the most memorable gaming moments for me.  The original Half-Life multiplayer featured one of my favorite multiplayer maps of all time- Crossfire.  You’d enter a bunker, press the infamous red button and an alarm would sound.  Players would have a short amount of time to get into the bunker as it sealed up before a nuke would launch killing everyone.  It was pure chaos.

This game was way ahead of its time.  Most would describe this game as a 2D platform shooter but for me, it sparked my passion for stealth games.  One or two players would play as robbers infiltrating houses, banks etc. collecting certain items while slipping past guards, alarms etc. before exiting through the roof where a blimp would complete their getaway. 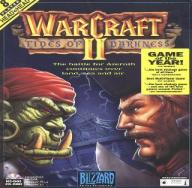 The amount of skirmishes in I played in Warcraft II is pretty close to infinity.  I made a crap ton of custom maps with the map editor including one masterpiece I like to call ‘Critterpocalypse.”  I’ll let you figure that one out.  A friend and I would plan to wake up at a certain time on Saturday mornings.  We’d sync watches and at an exact time, one would have their PC call the other’s.  We’d give it 5-10 seconds before answering and jump into a game.  The air and naval battles were some of the best. 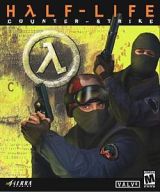 This game completely dominated my summer during 1999 and I played it for a solid 4-6 years thereafter.  From the days when the weapons would remain on the map after each round to when they took the secondary aim off my favorite weapon (the colt assault rifle) and past its retail version.  My friends and I would always buy a Para machine gun and kill our entire team before we left the server.  Sorry if that was you!

Not gonna lie, when Deus Ex first released in 2000 I had no idea about it.  Luckily one of my best friends had a subscription to PC Gamer and made me buy the game.  My world would be changed forever.  This game was both a blessing and a curse.  At the time, it was so unbelievably deep and complex (in a really, good way) in its storytelling and the gameplay was just everything I dreamed of in a game.  The light-shadow stealth gameplay, upgrading weapons, finding alternate routes, hacking computers etc. -it all just- I’ll put it this way- for the 50+ hours I put into my first (of four) playthrough(s) I don’t think there was a time when I didn’t have a game-boner.  Oh, and that UNATCO theme (along with the DuClare Chateau theme) still gives me chills.

I played the effing shiz outta this game.  I don’t like to brag, but you know that scene in Grandma’s Boy where Nick Swardson destroys his challenger in Dance Dance Revolution?  That’s about as well as I know this game.  Every key, every secret path, every star world etc.  I played this for the first time in about ten years last summer when I worked at Insomniac Games.  People would watch me tear through levels on breaks.  I beat every level in the game in about 5-7 hours total.  When I was a kid, what made this game way more appealing than Sonic The Hedgehog (or its sequel) to me was that one (or three!) could save their progress to the cartridge rather than start all over if you turned off the system.

Halo 3 is the more-than-satisfying, sentimental conclusion to what is one of my favorite video game franchises ever.  I remember the night I bought it.  I cut class at 3pm to ensure I was first in line at the Gamestop in the Prudential Center (Boston, MA) for its midnight release.

Master Chief was with me all through high school and when he finally went to sleep on September 25th, 2007 I was about to graduate college.    Halo 3 is coming up on on its fifth birthday and my friends and I still play the hell outta this game.  I have an event every few months with my friends with at least ten of us that lasts at least six hours of non-stop Halo with all the food you could imagine.  We call it Halo Fest and we’ve been doing it since 2008.  This September will be our 15th.  Thanks for the memories, Bungie! 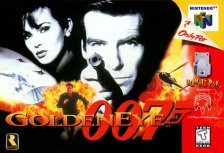 Goldeneye is my favorite game of all-time for a few reasons.  I spent as much time in the campaign as I did in multiplayer.  Once I beat the game and got all of the levels, I tried to get the cheat codes (beating levels in record times).  I also played a ton of 007 mode where you could make the game infinitely harder.  Then there was the multiplayer.  Unfortunately, if you played me on Stack and I got one kill off you, it was over.  I unintentionally (I swear!) memorized all of the respawn locations.

The feeling I got stealthily playing through Facility and Archives, trying to get to that secret island with a Gameshark in the Dam, shooting out cameras -using power weapons to shoot through walls and floors in multiplayer- I have so many memories playing this game after school, late at night, destroying all the neighborhood kids at the town Christmas party every year.

Honorable Mentions (in no particular order):

LIke any of these games?  Tell me about your favorite games in the comments below!

2 responses to “My Top 10 Favorite Games of All Time”